Sylvia began her musical studies at the age of three in Caracas, Venezuela. She studied after at L’Ecole Martenot de Paris and at L’Universite Sorbonne Paris, France. She has a Degree in Arts and Music from the Central University of Venezuela. Later, in the United States she studied piano with Rosalina Sackstein, who was a pupil of the pianist Claudio Arrau, second-generation heir to Franz Liszt’s piano technique. And, took master classes with Paul Badura-Skoda, José Fegali, Maria Joao Pirés, Stephen Hugh, Dimitri Bashkirov, Walter Blakenheim and Gilbert de Greeve. Sylvia has two Masters with a CumLaude degree, the first in Piano Performance and the second in Musical Theory and Composition, both from the University of Miami. Later, she studied orchestral conducting in England and Spain. She studied composition in England and the Czech Republic and did postgraduate studies in music at the Boston University, USA.

Constantinidis has received several awards and mentions for her artistic work. Among others, Sylvia has a “Global Music Award“, two ASCAP awards for Concert Music, the “Note Music Award 2003” for her three children’s operas and a “Latin Grammy” nomination. She has participated as a pianist and composer in concerts and music festivals in Switzerland, Spain, France, England, Germany, Italy, the Czech Republic, Poland, Slovakia, Austria, Slovenia, Romania, Bulgaria, Ukraine, the United States, Canada, Mexico, South Korea, Puerto Rico, Colombia and Venezuela.  In 2016, Sylvia was a “Musician Artist in Residence” for the Artists for Peace Foundation. Considered in addition, Ambassador of Classical Latin American Music, for her interest in the study, dissemination and execution of this repertoire worldwide. She has also premiered and recorded repertoire of a variety of contemporary composers. Her recording as a pianist and/or composer is included in “ERM MASTERWORKS OF THE NEW ERA vol. 14 ” (2009),  “SYNTHESIS 2 BERLIN URBAN ARTS ” (2015), “MUSICA PARA PIANO DE SALON DE FEDERICO VILLENA” (1987),  “U.M. SUMMER ARTS FESTIVAL” (2002),  “DANZAS VENEZOLANAS XIX CENTURY” (2013),  “SYLVIA PAR ELLE MEME” (2012),  “SONG OF PEACE” (2016),  “ALBERTO GINASTERA CENTENNIAL” released during the XIX Latin American Festival of Caracas 2016,  “ANTONIO ESTEVEZ: 17 PIECES INFANTILES” (2018), “ENRIQUE GRANADOS: VALSES POETICOS” (2019).

As a composer, Constantinidis has also experimented with the multimedia genre. In 2017, Sylvia exhibited for the first time her multimedia work that uses her original technique, which she calls “KlingerFarbenGraphs“. She exhibited these works first in an international collective exhibition sponsored by the US Department of States, “Young Leaders of America” ​​program. Then, in December 2017, she exhibited her “KlingerFarbenGraphs” collection during the Art-Basel Miami 2017 Festival in one of the galleries belonging to the Festival circuit. Later, in 2018, Sylvia Constantinidis participated as a “Fellow Artist” and Cultural Ambassador in an international exchange of the “Young Leaders of America” ​​program of the Department of State of the United States of America.

In February 2018, Constantinidis won the Bronze Medal at the Global Music Awards, an important international recognition won previously by Venezuelan Conductor Gustavo Dudamel. Also in 2018, she performed the international tour “Afrodita Concert Tour“. A world tour to promote her fifth opera: “Afrodita”, which will be premiered soon on stage in the United States and Europe. During 2018, she also premiered in England her work “Amapolas” for piano and chamber ensemble. In Venezuela, she premiered her symphonic work “Fandango Español” with the Simon Bolivar Orchestra for the “LatinAmerican Festival of Contemporary Music”. Also in 2018, in a piano recital tour in the USA, she premiered a collection of new contemporary music works for piano solo, including works by composers from Venezuela, USA, Germany, England and Spain. Constantinidis closed 2018 with the european premier, in Paris, France, of her Concerto for piano and orchestra “Estampas de España” with the NewArtMusic Chamber Orchestra during the “Euroamerican Festival of Contemporary Music”.   As a composer, Sylvia has written more than 90 works. Constantinidis writes music for piano solo and for two pianos, music for solo instruments, choral music, chamber music, symphonic music, opera, zarzuelas, electro-acoustic music. Her music for symphonic orchestra and chamber orchestras have been performed in the United States, Venezuela, England, France, Spain, Italy, Ukraine, Bulgaria . Most of her music has been recorded. And most of her music has already been premiered in concerts in North America, Latin America, Asia and Europe. 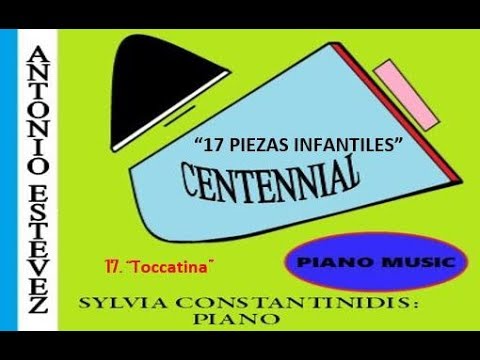 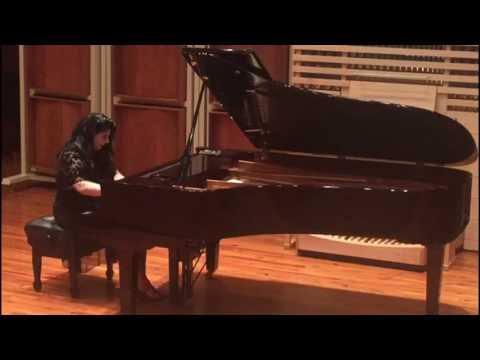 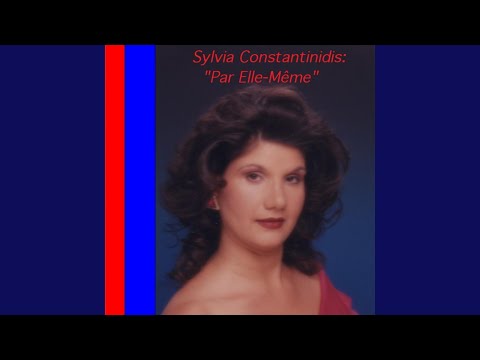 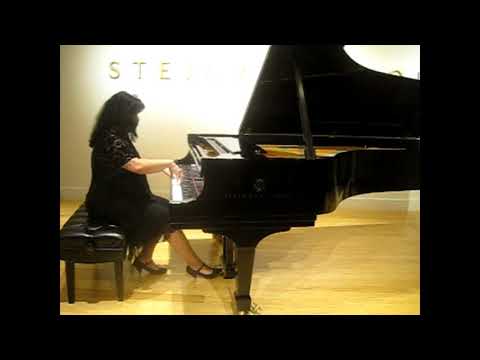