In Italy, Sebastiano has played as a soloist or in chamber music formation in notable theatres and auditoriums and in important musical seasons and festivals: Parco della Musica of Rome, Nuovo Auditorium of Milan, Naples, and many others in Italy, at his debut at the Festival dei Due Mondi in Spoleto in 2005 the final concert with orchestra was broadcast in Worldvision,

He has given concerts in Canada, in the United States (Washington IICand New York University, in the Arab Emirates, etc. In Mexico (Monterrey), his recital was broadcast by satellite in Mexico and in the southern United States. In Europe he has played in Spain (Barcellona, Madrid), in France, Paris where he performed as a soloist, in Switzerland (Zurigo) in the prestigious seat of the Zürcher Kammerorchester where he inaugurated the new auditorium. Currently, he gives frequent recitals and collaborates with Swiss artists. Other concerts abroad include the first national performance of Poulenc’s concerto for two pianos and orchestra in Cluj, Romania, Poland (Warsaw, Chopin’s Museum), Germany (Bonn, Schumann-Haus), in Belgium at the Festival Van Vlaanderen where the concert was broadcast on Radio Klara Nazionale, Brussels. He played at the Grieg Festival in Bergen Norway, gave recitals for the Dark Music Days Festival in Reykjavik and other festivals in Iceland where he is invited every year. In August 2012, he gave a recital jn England for the events leading up to the Olympics at the Italian Cultural Institute of London and after his success, was immediately invited a second time in October to play for an evening in honor of Italian Etoile: Carla Fracci. Sebastiano was a guest artist in Turkey in 2011 for a recital in Dolmabahce at the Simposium dedicated to the 150th anniversary of the death of Sultan Abdülmecid presented by Turkish head of state Erdogan.

He played several times with the Russian violinist Vadim Brodksy (winner of the Paganini, Tchaikovsky, Tibor Varga, Wienansky competitions) and in other chamber formations from duo to quintet.

Sebastiano recorded a CD for the record label Phoenix with pianist Marco Scolastra which was broadcast many times on Rai Radio Tre. He plays in piano duo with Marco Scolastra (since 1993).

He recorded also with Scolastra music composed by Matteo D’amico for Rai 5 television in the tv-serie “Inventare il tempo” directed by Sandro Cappelletto in 2015.

He recorded a CD of the complete impromptus of Franz Schubert,

And currently he is recording a CD of all Chopin’s Ballades, some Nocturnes and Etudes and Polonaises. And the complete Mozart piano Sonatas in 6 CD.

Sebastiano composed the theme song and other music for an animated cartoon series “Hocus & Lotus” which was broadcast for three consecutive years on RAI 3 and translated into more than ten languages around the world. At the Derivio Cartoon Festival in 2005, he won first prize for “Best Soundtrack.”

He also composed and played a soundtrack, recorded for Warner Bros, of an italian and French movie “WAX” that is in the cinemas from 2016.

He is the founder and artistic director of the “Concerti della Sagrestia del Borromini” concert season in Rome which was started ten years ago with the intent of diffusing chamber music in Italy. The season was noted by the prestigious NY Timesnewspaper where it was chosen as the “Best deal in a cultural event” in Rome.

As the organizer and artistic director of the highly successful initiative “Museo in Musica,” his ideas led to the realization of numerous concerts in the great museums of the capital city and were adopted by the Municipality of Rome.

He directed an exposition in 2011 (Rome) called “Musica & Arte” uniting visual artists and musicians in synesthetic collaboration in the extemporary realization of new and unrepeatable works by the artists and the performance of live music.

Sebastiano is the artistic director of two festivals in the Abruzzo region: Festival dei Marsi in Pescina for the 30th anniversary of the death of Ignazio Silone and Notti di Note in Pescasseroli from 2010-2011. 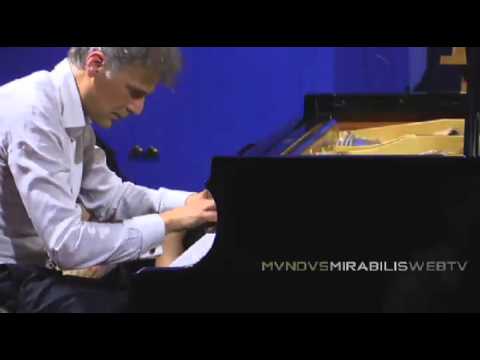 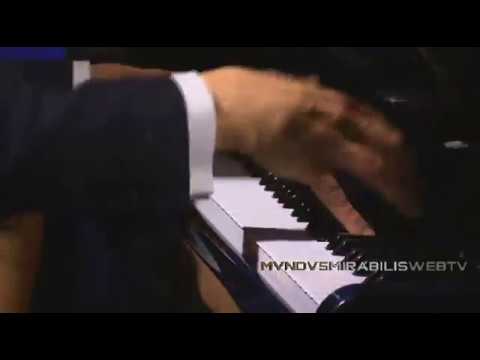