Philip Hahn was born in Germany in 2009, started playing the piano at one and a half years, was accepted as a young student at four and started school at five. He skipped two school classes. At the age of six he made his orchestral debut in the Philharmonie in Essen with the piano concerto by Joseph Haydn Hob. XVIII: 11, which he later performed again with the Mihail Jora Philharmonic Orchestra in Bacau. He made his solo debut in the Netherlands and Germany at the age of eight during the Heinrich Neuhaus Kawai master class / Campus Kleve. Hahn is involved in peace and charity events such as The Ronald McDonald Gala or “Wünsch Dir Was” in Düsseldorf. He won first prizes at “Jugend musiziert” solo and in a duo, Mendelssohn competition, Paderewski International Piano Competition, at the International Concorso MusicalMuseo / Sicily and at Grand Piano in Palace in St. Petersburg for his interpretation of the second Beethoven Piano Concerto No. 2. which he performed with Robert Ryker and the Tokio Synfonia in Oji Hall in Tokio. With the age of nine he does his conducting debut from the piano, while performing Beethoven’s Piano Concerto No. 2 and conducting the Alion Baltic Sinfony Orchestra at the same time. Few weeks later he premiered his first composed Peace piano concerto “Weapons of light” with Franz Schottky and the Radio Orchestra of the Moldovan State Broadcasting Corporation and was aired live in front of 1.2 million listners. He has given concerts in various European countries such as Spain, the Netherlands, Poland, Italy, Romania, Belgium, Austria, Switzerland, Germany and Japan in many important concert and philharmonic halls, Hahn was invited to prestigious festivals as “Mozart in Moll” in Frankfurt, at the “Little Summer Festival” in Munich, Mosel Music Festival 2015,2016 and 2020, at Chopin Festival in Poland 2017-2019, Südtiroler Festspiele, in the Philharmonie Essen, Bacau, Koblenz, the Laieszhalle in Hamburg playing with Anna Skryleva and Hamburg Symphony Orchestra Haydn piano concerto and the Stadthalle in Gladbeck, where he performed Mozart’s Orchestra Rondo KV 382 with Desar Sulejmani. 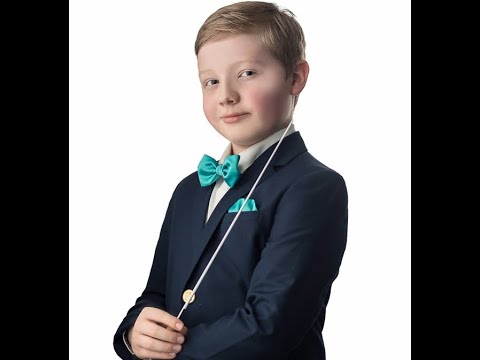