Elina Ratiani at the age of 19, begins to plough the stages of important theaters. During the Academy of Young singers of the Mariinskij Theatre in Saint Petersburg she was assigned the role of soprano, alternating study and work at the prestigious theatre.

A finalist at Georgia’s got Talent in 2012, from 2013 to 2016 she performs at the Main Hall in Saint Petersburg, Moscow Hall of Challiapin and Moscow of Scientist in the role of Contessa, nelle Nozze di Figaro e in Tosca, in addition to numerous concerts in Italian, Russian and English.

At the end of the conservatory, Elina moved to Italy to improve still the techniques of Italian belcanto, studying with different masters in the cities of Milan, Bari, Verona and Bologna.

It’s right in Bologna that the young singer was discovered in 2018 by Maurizio Scardovi, a well-known international agent, who immediately understood the enormous potential of her voice. After a few months Elina performs in a concert at the Verona Philharmonic Theatre, during which she sings the most famous opera arias written by Verdi, Puccini, Tchaikovsky and chamber romances. The success is amazing: hundreds of people cannot attend the concert for an unexpected sold-out and at the end of the evening, the audience gives soprano a long and unanimous applause.

In the following months, during the 2019, Elina Ratiani came into contact with the famous tenor Marcello Giordani, who had the opportunity to know her and to deepen his vocality, through his Accademia Musicale YAP. The tenor has no doubts and believes in her voice, assigning the role of Turandot to the Greek Theatre of Syracuse and the Ancient Theatre of Taormina.

So on August, 2019, Elina Ratiani debuts in the role of Turandot to the wonderful Greek Theatre of Taormina (Italy – Video:  https://youtu.be/tFWSMf0V4Os)  and to the Ancient Theatre of Syracuse (Italy – Video: https://youtu.be/Hn5p7Bv9y4o), right alongside the famous tenor Marcello Giordani and with the direction of the extraordinary Enrico Stinchelli. The debut is sparkling and the almost 10,000 people present, excited. The end of the concert is accompanied by a standing ovation of 15 minutes.

In April 2020, Elina Ratiani was selected for the role of Turandot to the Teatro del Maggio Fiorentino (Firenze). Six performances postponed to the next season 2020-2021, due to the Covid pandemic

Elina Ratiani is both native Russian and Georgian, she speaks fluently Italian and English. From 2018 Elina  lives in Italy, in the city of Verona. 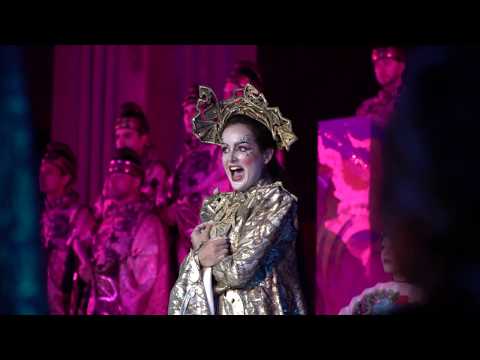 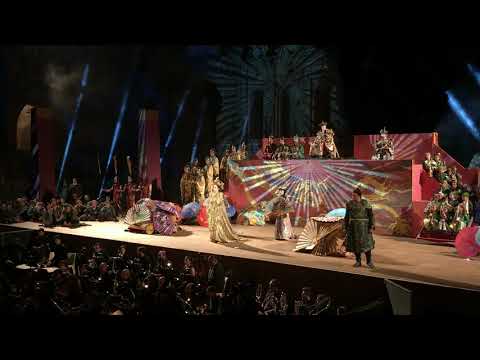 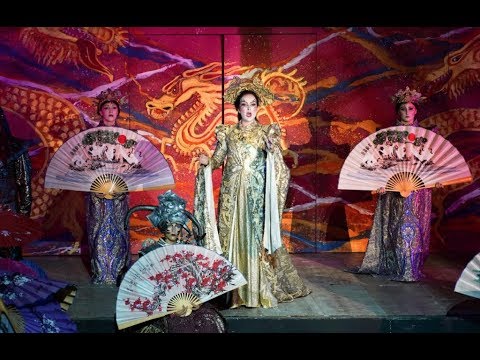